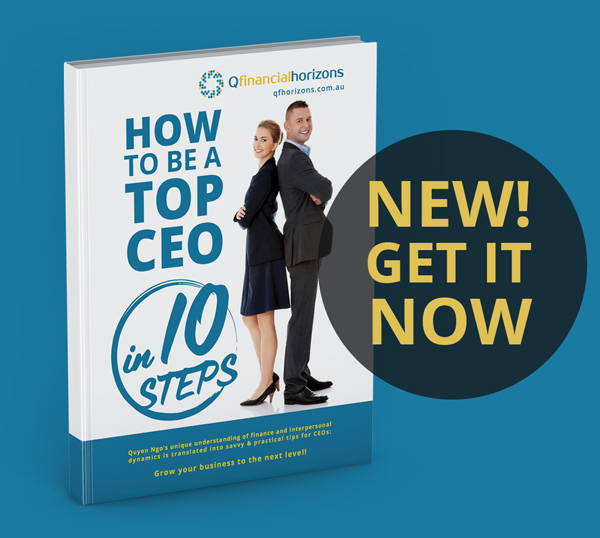 We respect your privacy. You can unsubscribe any time.

Read how we help our clients.

Read our case studies. See how we can change the way you run your business.

WHO SHOULD READ THIS
Tax agents, accountants and anyone involved in large transactions with significant tax consequences.

THINGS YOU NEED TO KNOW
The ATO is proactively targeting and engaging taxpayers involved in major transactions often before the taxpayer even lodges its tax return.

WHAT YOU NEED TO DO
Review your records and respond to the ATO in a way to ensure that you can address the ATO’s concerns in an appropriate manner.

Tailored and proactive engagement is a recurring theme in the Australian Taxation Office’s (ATO) program blueprint for ‘reinventing’ itself. A tangible outcome of this new approach is the ‘Early Engagement Review’ letter (Review Letter). Some taxpayers or their tax agents have already received these Review Letters, and we expect the number of these letters to increase.

Review Letters are not the commencement of a formal audit by the ATO. They are also not an exercise of the Commissioner of Taxation’s powers to access documents and interview witnesses. Accordingly, if you or your advisers have received a Review Letter, you can approach your dealings with the ATO with a certain level of informality.

A Review Letter does mean that you or your client has gained the attention of the ATO. If the ATO is not completely satisfied with your response, it may proceed with a formal risk review or, after you or your advisers lodge the relevant tax return or business activity statement, commence a formal audit.

Increasingly, we are seeing the ATO issuing ‘offers to settle’ before a formal audit has commenced. The ATO may take this approach following a Review Letter if it considers your view of the transaction to be contrary to its preferred approach.
The taxpayer’s response to the Review Letter is very likely to impact the taxpayer’s ongoing relationship with the ATO, and may set the tone for a later audit or dispute. It is important therefore to manage any resulting dealings with the ATO appropriately.

What will the ATO ask for?
In our experience, the ATO will ask for the following:

While the ATO may phrase its request as an attempt to assist the taxpayer in completing their tax return correctly, it is difficult to see a Review Letter as anything other than an information gathering exercise by the ATO.

It is clear from these questions that the ATO is seeking to determine who was involved in the transaction, whether the parties sought advice and whether the transaction may have been predominately or unduly driven by tax concerns2.

It is widely understood that the ATO categorises taxpayers based on a number risk factors (including choice of adviser) and you may be considered to be in a higher risk category. Privately held groups are a particular focus of the ATO at the moment3.

Privately held groups are often involved in transactions that enter the public realm. This may be because the principals behind the group are well known to the public, or because the group’s business is being acquired by a publicly listed entity. ‘Private transactions’ between non-public entities should not be considered immune to receiving early attention from the ATO.

How should I respond?
Your first step should be a careful review of your or your adviser’s records relating to the transaction. You should expect that documents not protected by legal privilege may be disclosed to the ATO and base your response to the Review Letter accordingly. While the accountant’s concession is available to protect some documents, it is simply not as robust as legal privilege.

The ATO will likely organise a meeting (or teleconference) with you or your tax agent. This is a good opportunity to address the ATO’s concerns and you should attend this meeting in good faith. This will include providing certain documents to the ATO that may assist in explaining the nature of the transaction. Ensure that the documents you provide reflect the genuine commercial circumstances and do not inappropriately lead the ATO to conclude that there was an improper tax purpose behind the transaction.

Should I instruct solicitors?
It is ultimately up to you whether you wish to instruct solicitors to represent you in discussions with the ATO, and there are both advantages and disadvantages to involving solicitors at this stage. Involving solicitors at this early stage is often perceived as likely to raise the level of concern by the ATO auditors and cause the matter to be escalated – but there is no valid reason why this should be the case. Instructing solicitors early (especially if they advised on the subject transaction) may help identify and manage risks in both the transaction and in subsequent dealings with the ATO.

An appropriate compromise may be to instruct the solicitors to act in the background – to review or advise on documents that you intend to provide to the ATO, or on the correct position to take in the meeting. In this case, the solicitors instructed will be best placed to advise further if the ATO escalates their early engagement review to a formal audit or risk review.

For further information on any of the issues raised in this alert, or if you would appreciate any assistance with tax issues or disputes, please let us know.

This article is intended for information purposes only and should not be regarded as legal advice. Further advice should be obtained before taking action on any issue dealt with in this publication.
——————————————————————————————————————————–
1 See ‘What’s the deal with tax? A look at tax and transactions’ written and presented by Fletcher Dixon of PwC and available via the Tax Institute of Australia.
2 Restructures solely driven to manage or reduce tax may constitute tax avoidance in accordance with Part IVA of the Income Tax Assessment Act 1936 (Cth).
3 International privately held groups should expect particular focus, compounded by the budget announcement of a 1,000 officer strong taskforce to investigate the tax affairs of multinational public and private groups.
4 Purchase prices are sometimes prone to exaggeration. The media may, due to a lack of publicly available information, also inadvertently misreport on the nature or drivers of the transaction. It can sometimes be difficult to simplify (for mass consumption) a complex commercial transaction in a way that accurately captures the circumstances.

We respect your privacy. You can unsubscribe any time.

Read how we help our clients.

Read our case studies. See how we can change the way you run your business.